Study shows brain ‘reorganises’ itself when low on coffee 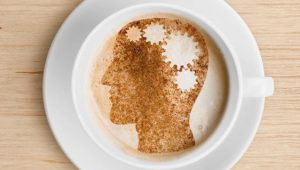 Scientists don’t know if it is good or bad yet, but a new study suggests that skipping your morning cup of coffee may cause changes in your brain connections. This was revealed by Russell Poldrack, a psychologist at Stanford University in US, who studied MRI scans of his own brain taken every Tuesday and Thursday morning over a period of 18 months for 10 minutes.

Poldrack also fasted and drew blood on Tuesdays, which was analysed to draw connections between brain function and gene expression. This step also showed definitive – and surprising – evidence of just how the brain reorganises itself when it is low on coffee.

On Tuesdays, when he had not drunk his morning coffee before the scan, the connectivity within his brain looked very different from his caffeinated brain. Such an influence had never been observed before. In particular, the connection between the somatosensory motor network and the systems responsible for higher vision grew significantly tighter without caffeine.

“That was totally unexpected, but it shows that being caffeinated radically changes the connectivity of your brain,” Poldrack said. “We don’t really know if it’s better or worse, but it’s interesting that these are relatively low-level areas. It may well be that I’m more fatigued on those days, and that drives the brain into this state that’s focused on integrating those basic processes more,” he said.

In any action that a person undertakes, many different regions of the brain communicate with each other, serving as a sort of check-and-balance system to make sure that the correct actions are taken to deal with the situation at hand. These messages are communicated over more than a dozen networks, sets of functional areas of the brain that preferentially talk to one another.

There are multiple networks for vision, a somatosensory/motor network, and there are others that are attributed to attention or task management. Collectively, these are known as the connectome. Previously produced connectome maps have consisted of snapshots of individual brains, averaged together to identify general networks between different functional areas of the brain.

Poldrack was interested in learning if these connections hold up for the same person over months. “Easily the biggest factor we found in terms of affecting my brain connectivity was whether I had had breakfast and caffeine or not,” Poldrack said. The study was published in the journal Nature Communications.

Our warm compliments & thanks to the author & publisher (hindustantimes.com)