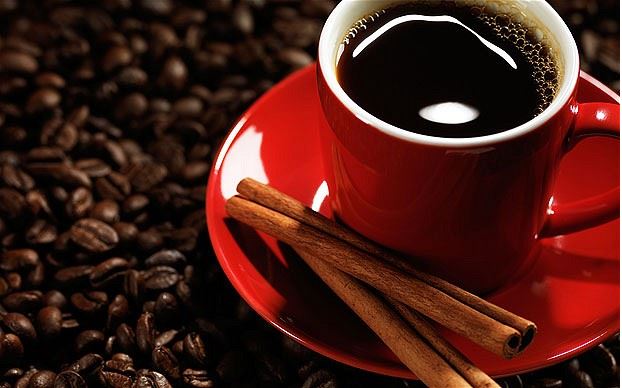 Just one-in-five coffee drinkers are drinking instant coffee more than once a day, and this falls to 8pc for people in their early 20s, according to new figures.

Research company Mintel, which released the figures as part of its annual report into the UK coffee market, said that while instant coffee still dominates sales, the market has been in decline for some time.

Almost 30pc of people said they drank instant coffee more than once a day in 2014, but this has dropped to 21pc this year. “For consumers with a high frequency of visits to coffee shops, switching back to standard instant coffee in the home may not be appealing,” said Douglas Faughnan, an analyst at Mintel specialising in food and drink.

Ground coffee and coffee bean volume sales have stagnated for a number of years, with sales values dropping by 1.1pc in 2014, although this was largely due to supermarket price wars and falling inflation, which pushed down the prices of packets and jars.

Nescafé remains the leading brand in the instant coffee market, with its Original and Gold brands accounting for 35pc of total instant coffee sales between them. 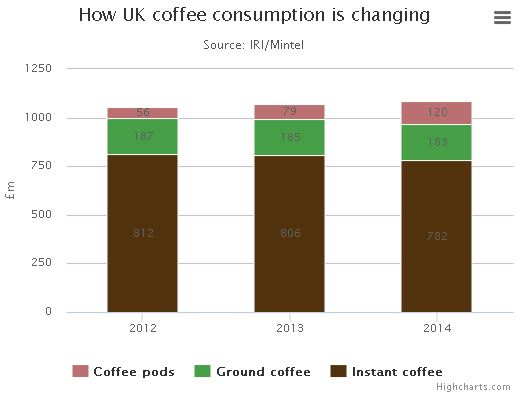 The newly-created company owns brands including Kenco, Carte Noire, Tassimo and Douwe Egberts, and now accounts for 34pc of the instant market.

Consumers like the convenience of only making a single serving, and cafetières are being used less frequently.

The report suggested 21pc of coffee drinkers would be interested in having a readymade coffee delivered at home or at their desk, while 16pc would consider having freshly roasted ground coffee delivered to their home.

“Instant coffee is a pale imitation of the real thing. It doesn’t taste great and gives practically no value back to coffee farmers. Once you’ve experienced the beautiful flavour and taste in a cup of good quality, freshly roasted coffee, people just don’t want to settle for instant anymore,” he said.

This includes cold brew, where coarse-ground beans are soaked in room-temperature water for around 12 hours to form a coffee concentrate that is then diluted with water and usually served chilled.

It differs from iced coffee, which is brewed like normal coffee and left to chill before being served over ice.

Cold brew, currently taken up by a handful of artisan coffee shops, could become more familiar across the UK after Starbucks launched its own version at the London Coffee Festival earlier this year.